As usual on Budget Day, its eyes and ears on the live stream at Elevate CA as Grant Robertson presents the budget. This year we are listening keenly for a budgetary response we hope targeted to the industries and employers most affected by COVID-19.

Here are our first impressions as the budget is read.
The headline number is $50.9 billion more budgeted for the Covid-19 response plan bringing total COVID-19 related spending to $63 billion – although not all of this is earmarked to any particular spending with around $20 billion remaining for future allocation.

Wage Subsidy Extension
Of keen interest to business will be $3.2 billion allocated to an eight week extension to the wage subsidy scheme >>> – although the criteria will be stricter with a 50% reduction in turnover in the month prior to the date you apply.

Key forecast numbers are these:

What else is there?

This does seem like an appropriate budget to set the scene for the years of COVID-19 recovery ahead. The increased debt burden is eye watering – although compared with other OECD countries, that 53.6% of GDP is not at the high end. Here’s a summary of additional spending.
• $400 million Tourism Recovery Fund – including a domestic tourism campaign. What this means, we don’t know yet – but it will be critical to the tourism industry.
• $3 billion more for infrastructure including state and social housing.
• $1.6 billion trades training and apprentice package
• $1 billion on environmental jobs.  It’ll be interesting to see where these new jobs are allocated.  Presumably this will be in the hands of DOC, MPI and Regional Councils.
• $1.1 billion for training, employment and health measures targeted to Maori and Pacific people
• $3.3 billion in new funding for health and education
• Replacement of the Air Force Hercules fleet
• $1.2 billion for rail infrastructure

Is this what we might have expected?
There is a predicable Labour flavour to the budget with the state at the fore in the sense that there is increased infrastructure and government spending high on the list rather than a more incentivised private sector package which we might have expected had Bill English been reading this budget.

We won’t know how effective this budget will be until well after the event – and we’ll never know how it might have compared with any alternative.  Generally today’s budget gets the tick with us subject to knowing some of the detail yet to be announced – particularly around the Tourism Recovery Fund and the nature of the new infrastructure projects. 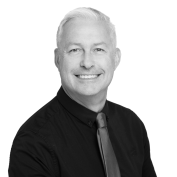