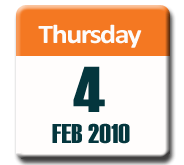 A big thank you to the 40 or so guests who participated in the Business Owners Forum event at the new BNZ facility on Queen Street on 4 February.  There was plenty of quality discussion around the topic “The Art of Networking”. And judging by the show of hands at the end of the evening, everyone walked away with at least one useful connection or action-plan item.The panelists yesterday were:

Michael Masterson adopted a pragmatic view, and discussed ways to make use of tools like Linked-in, OutLook and Plaxo to make life easier rather than harder.  Michael is a great fan of “eliminating the noise” – and stressed the point that networking tools can often create complexity and unnecessary distraction rather than increasing productivity and connectivity as they are intended to do.  He conveyed some great tips to make sure these tools work for you rather than against you!  Michael can be contacted here >>> for anyone who would like to continue the discussion with him in person.

Sarah Lochead-MacMillan discussed some practical techniques for getting face to face and cultivating a mutually beneficial network.  Sarah advocates “connecting” rather than “networking” – and not only does she walk the talk, but she has also written a book on the subject entitled “The Naked Networker” which is available on her website here >>>. Sarah is an advocate of working your network not so much for your own overt benefit but to connect people within the network to each other for the long term benefit of everyone involved.

Myself – Fraser Hurrell.  I opened the session discussing my own experiences in using social media tools such as twitter and facebook to drive leads and sales to two businesses – Brightmind LABS >>>, which sells a product online – and ElevateCA, which sells services.  Whilst I am by no means an expert in this area, I have had some successes and failures in using social media tools – and this was the basis of my discussion.  A summary of my presentation is available right here  >>>.

A big thank you to Brian Watt, Alexis D’Orsi and Fiona Bendall from BNZ for their kind hospitality – this event was held at the newly opened BNZ function facility on 80 Queen Street, and it was a great venue

The next Business Owners Forum is in Whangarei on 18 February, and that event will be a practical and information-rich session on monitoring your business financials featuring Dean Subritzky (Elevate CA Director) and Geoff Grigg (Partner at BNZ Whangarei) on the panel along with a yet-to-be-announced client giving a coal-face view of this topic.

And the following Business Owners Forum will be back in Auckland on 18 March discussing shareholder current accounts and some of the tips, traps and tricks available to protect these, make them equitable between shareholders – and tax efficient.  Our guest panelist for that event will be Damien Grant, a liquidator from Waterstone Insolvency, who will no doubt alarm the room with tales of how bad things can get for shareholders when they go wrong.  But the focus on the night will be steps to prevent these horror stories from unfolding.

This is an unashamed plug for MyFriendQuest – released this week to the world from Tutukaka’s own BrightMind LABS.

MyFriendQuest is an animated computer game designed to teach children on the autistic spectrum to recognise and respond appropriately to emotions.  It does this using a fusion of cognitive behavioural therapy and immersive gaming techniques – a process they have dubbed psytainment. END_OF_DOCUMENT_TOKEN_TO_BE_REPLACED

The Spark $100k Entrepreneurial Challenge is billed as New Zealand’s premier business planning competition.  This competition is open to all ventures where at least one of the team is either a staff member or a student of Auckland University.  And up for grabs is $100k in cash and kind, which is a bit of a motivator!

The competition is run jointly by the University of Auckland and The ICEHOUSE.  This year, close to 100 entries were received, and the 12 finalists were announced at an event at the Auckland Business School on Friday night.

The driving force behind the Spark $100k Challenge is Geoff Whitcher, Commercial Director at the University of Auckland – and a Board member and Trustee of the ICEHOUSE.  Unfortunately there is only one Geoff Whitcher, because I have a feeling that if there were 100 of him spread around New Zealand, this country’s budding entrepreneurs would be taking the world by storm.  That’s a big comment, but Geoff is one of those guys with seemingly limitless energy for the cause who is constantly connecting people – and inspiring those around him to move and shake a little bit harder.

So back to Spark.  Spark is a bootcamp for entrepreneurs that is equal to anything I have seen, and I have spent some time in similar initiatives in Bangkok, San Francisco and Boston over the past few months.  The 12 finalists in Spark are given intensive training in the practicalities of bringing a start-up to fruition – and are put in front of some smart folk with battle scars and gems of wisdom.

Out the other end of it, in October, the 12 finalists are put through their paces in a Dragon’s Den style pitching session which decides how the $100k is divvied up.  Nerve wracking stuff.  I know, as along with Dr Yvette Ahmad I was one of the 12 finalists in 2008 with the BrightMind LABS venture, and we were lucky enough to take the overall runner’s up prize for Spark 2008.

Spark is fantastic for New Zealand.  They boast that 35 companies have been formed from the Spark ranks over the past seven years.  These companies now employ 160 plus people and sell into 18 countries.  That’s worthy of a boast, I would say.

Imagine the difference if we had 100 Spark Challenges operating around New Zealand?

Here’s something the Americans do well; encouraging and nurturing the art of entrepreneurship that drives that countiy’s economic success. It’s part of the American culture.  There are very good reasons why innovations stand a much better chance of making the transition to world class businesses when on American soil.

Entrepreneurs there are taught the skills to conduct critical and strategic thinking around their ventures. Mentors and coaches with genuine experience are available to help start-ups negotiate the road to commercialising their technology. There is a thriving venture capital system which exists to match investors’ funds with ventures with a winning team, a great idea and a plausible business plan. There is a huge domestic market. And the spirit of entrepreneurship and innovation is celebrated.

New Zealand has a way to go if we are to create the sort of environment conducive to creating world beating businesses which the Americans enjoy – and which would edge this country up the OECD tables. Of course there are some great things happening in this space in New Zealand such as the Auckland Business School Spark Entrepreneurial Challenge – and the IceHOUSE Incubator. But this sort of support and encouragement exists only in pockets.

It is with all these thoughts in mind that I prepare to participate in the American entrepreneurial machine first hand next week. As part of the BrightMind LABS team, I have been invited to participate in the Advanced Invention to Venture (AI2V) sessions in Boston, Massachusetts starting Monday. BrightMind LABS have won a place at AI2V on the strength of winning the Global Best Social Impact Assessment at the Global Social Venture Competition in San Francisco in April. We will be the only venture at the AI2V from outside the USA.

AI2V is a great example of the sort of intensive boot training available to American entrepreneurial ventures. It is sponsored by the American National Collegiate Inventors and Innovators Alliance, and is an intensive training camp for company founders who have committed to commercialising innovative technology in certain fields.

I will blog more about our experiences at the Boston AI2V, some of the key points we bring home with us – and how these can be applied to our clients to help their businesses succeed.

New Zealand is a hotbed of innovation.  We have all heard that before.  The number 8 fecing wore mentality, punching above our weight in all sorts of areas from winning yacht design through to dairy farming techniques.   But why is it that this innovation translates into so few world beating businesses?

Numerous studies have been done on this question, and one of the factors which repeats itself is the lack of specific skills in taking these fantastic innovations to the world.  New Zealand Trade & Enterprise is well aware of this, and they have identified the Health sector as one area where we are rich in innovation but poor in taking these innovations global.

Hence the NZ Focus on Health innitiative, designed to take great Kiwi health ideas to the world – particularly the lucrative US market where annual health spend is a staggering US$2 Trillion.

Participants submit their health innovation ideas in the form of a robust executive summary – and will compete for $750,000 in prizes designed to help commercialise your great health related idea in the US market.

If you operate in the health space, entering this competition really is a no-brainer. Our very own BrightMind LABS from Tutukaka will be there competing for the action, and we would encourage others to join us in getting involved. Entries close on 31 August. Check it out , and watch this space where we’ll keep you posted on progress.