There has been welcome clarification of the rules regarding the depreciation of commercial building fit-out this week.  The Revenue Minister released a joint Treasury and IRD discussion paper on Wednesday that said a commercial building includes only structural items such as foundations, framing, walls and the roof, rather than the fit-out. 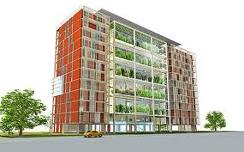 In the case of residential properties, many chattels are considered to be part of the building and therefore not able to be depreciated under the new depreciation rules.

The discussion paper states “The law would be changed to clarify that fit-out associated with commercial, industrial, recreational and certain short-term accommodation (for example motels, hotels, rest homes and hospitals) would be able to be separately depreciated.”

This appears reasonable from the point of view of commercial property owners.  After all, fit-outs have a significant cost and often don’t survive longer than an individual lease contract which may be as short as six years or less.  Whereas much of a residential fit-out can last as long as the building itself.