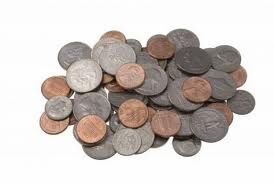 As usual at Elevate CA on budget day it’s all ears on the live stream as Bill English reads Budget 2012.  Here are our first impressions and some initial comment around the tax related aspects of Budget 2012 …

Bill English is explaining the theme of Budget 2012.  This budget will be about getting the government’s books back to surplus by 30 June 2015.  Mr English has used the words “confidence in uncertain times” to sum up the budget we’re about to hear.  Over the next hour, we’re likely to hear a budget that sets out our own brand of European-style austerity.  It has been well signalled that any new initiatives will be funded from cuts to existing programmes rather than with new spending.

“Back to surplus by 2015” has been the mantra since the government returned to power 18 months ago – so it’s no surprise that this is the central theme for today’s budget.

The fiscal austerity message does resonate with many Kiwi business owners and households who are uneasily watching the situation in Europe from the side lines.  There is a sense that without restraint and proper economic management, we could end up in the same situation as some of the Southern European countries.

But as in Europe, fiscal austerity does bite hard on those who rely on government spending – including the many businesses that provide services to government agencies, and those further downstream.  So there is bound to be criticism and calls for the opposite approach – increased government spending to stimulate growth.  But this is clearly NOT what we’re about to hear.

Bill English is outlining the plan for achieving a surplus and telling us how well the government has been managing the economy over the past four and a half years.

Much rhetoric and more spirited applause from the house, but no detail as yet.

The Inland Revenue Department has been allocated an additional $78 million for new audit activity, which is predicted to net a $423 million return over the next four years.

The IRD have been given significant increases in funding in the past two budgets – and this has proven to be a short term winner for the government with considerable returns – and fast!  So no surprises here.   For a government that is politically unable to increase taxes – and has limited scope to cut spending, it is logical to seek to generate more revenue from existing taxpayers.  So we can expect to see a further ramp up of IRD audit and debt collection activity.  More work for accountants – but not as we like it!

Mr English is confirming the announcement earlier in the week to disallow owners of holiday homes and boats from achieving a tax deduction for the period of time the asset is “available for rental”.

Until now, a bach or boat owner who personally used their asset over the Christmas holidays and some summer weekends – for say 36 days of the year – could potentially achieve a tax deduction of 90% of the costs of owning the assets providing they were “available for rental” for the remaining days of the year.  Regardless of whether or not the assets were actually rented for much of that time.  The changes just announced seem to mean that if a bach or boat is actually rented for 36 days in a year, only 10% of the costs of ownership can be treated as a tax deduction rather than 90%.  This seems fair and reasonable, although it might be unpopular with highly leveraged boat and bach owners.

We might see an influx of boats and holiday homes on the market – the ones that are only bearly affordable to their owners because of the generous tax refunds they create.

Some changes are being announced for KiwiSaver now.  Bill English is telling us that from next April, KiwiSaver fund managers will be required to report performance, fees, costs, liabilities, liquidity and conflicts of interest.  This will be reported in a standardised form which will allow investors to more easily compare performance and fees.

More transparency for the fund management industry has got to be a good thing.  Many an investment in this industry serves only to pay the fees of the fund managers involved – often in return for adding little or no value.  So a better mechanism to compare apples with apples  and expose the poor performers has got to be a good thing in my opinion.  I applaud this change.

Also announced is the deferral of KiwiSaver auto-enrollment.  Auto-enrollment would have meant every working person over 18 who was not already a KiwiSaver member being automatically enrolled – but with the ability to opt out only if they proactively did so within a limited time.

Auto enrollment of non-KiwiSaver members would have been expensive in terms of increased member tax credits, so I’m not at all surprised to see this postponed indefinitely.

This is not a tax related announcement, but I did prick up my ears as Bill English announced an additional $65m for prisoner rehabilitation and reintegration programmes.  This, we are assured, will help meet the goal reducing reoffending by 25 per cent by 2017.

Great.  Surely this is a big part of the role of government – to make investments that might take a generation to generate a return – but which will ultimately improve the quality of life for Kiwis.  I applaud this.  I’m guessing this new spending is a concession to a certain coalition partner.

I’m still puzzled as to why student loans remain interest free?  This seems like a massive incentive for students to borrow to the max – which just adds to their debt later.  I’m never likely to be in cabinet – or even in politics at all, but if this was my budget I’d start charging interest on student loans and plough the extra revenue back into education.  Perhaps by reducing fees and making tertiary education generally more accessible.

Three tax credits are being scrapped – the income under $9,880 tax credit, the childcare and housekeeper tax credit and the tax credit for the active income of children.  The line is that these are “no longer fit for the purpose for which they were set up” – and are “poorly targeted”.

Predictably, there is a stark difference of opinion on the impact of this “zero budget”.  Yesterday David Shearer stated that “a zero Budget means zero growth in our economy”.  But today Bill English referred to forecasts showing an average of 3% growth per year over the next four years, with 154,000 net new jobs created.

Only time will tell who is correct – but just as it’s doing in Europe I’m sure this relative austerity will cause some pain in some sectors.  But I think this will be largely accepted as necessary medicine, and I don’t expect to see pitchfork wielding demonstrations on our streets as a result of these announcements!

All in all rather predictable and not as dramatic as the last couple of budgets.