There are a few payroll changes that will affect almost all employers from 1 April.  You will need to be aware of these when you complete your Employer Monthly Schedules (EMS) for pay periods starting on or after that date.

The minimum contribution rate for employers and employees will increase from 2% to 3% of gross salary or wages from the first pay period starting on or after 1 April.

If you pay salary or wages to schoolchildren, you will now be required to deduct tax and record their details on your EMS.

The end for ML and ML SL tax codes.

The repayment rate for standard student loan deductions will increase from 10 cents to 12 cents from 1 April.

If you have any questions regarding these changes, please call us before you complete the first EMS after 1 April 2013. 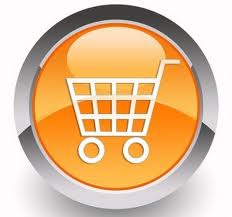 Who among us hasn’t browsed around a store doing homework and picking the brains of the sales staff – then gone home and searched out the best price online?  And then possibly purchased the product for considerably less from an online store that is unencumbered by the costs of bricks, mortar, display stock, retail rent or sales staff?

I’m not for a moment saying this behaviour is wrong.  But it does pose a major challenge to traditional retailers who work on the theory that a well stoked showroom and knowledgeable sales staff will give them the edge.

Presumably as a result of these very challenges, the owners of the Dick Smith chain of stores last year announced the closure of up to 100 stores across Australia and New Zealand with a spokeswoman adding that “we’ve been closing about 30 stores a year for the last three or four years, so it’s only a bit of an acceleration of that.”

As an example of this challenge, I recently purchased a “Go-Pro” – a waterproof video camera that attaches to kayaks, surfboards, mountain bikes etc.  Every bricks and mortar Go Pro stockist lists this camera for exactly $629.

But you can buy the same GoPro from Amazon for a very cool US$299 with an additional US$30 for courier delivery straight to the door.  That’s NZ$392 all up – and to add to the indignity for our local retailers, you don’t pay GST on imported online goods such as the GoPro because they cost less than $400.

So do I walk into a local camera store to touch and feel a GoPro before buying?  I could spend as much time as I need to with the knowledgeable and helpful sales guy – and then buy from Amazon paying $392 instead of $629.

The fact that so many Kiwis are doing just that raises some tough questions, like these:

Should the GST system be changed to remove the GST advantage that offshore online stores enjoy over their local competitors?

Given that anyone can purchase items costing less than $400 online from offshore retailers free of GST , will this behaviour eventually seriously erode this country’s tax base?

Will the fact that shopping is a major recreational pastime offering instant gratification be enough to ensure the survival of our bricks and mortar retailers?

What can be done?

At least that would remove the unfair GST advantage offshore online retailers enjoy over local retailers, leaving the local businesses to reinvent themselves and compete in this new normal if they can. 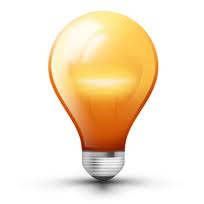 The IRD have always used industry benchmarking as a tool to identify businesses that may warrant further attention by their investigation team.

But this has previously been a dark art where those outside the IRD have little idea of what the benchmark numbers look like.

But now, the IRD is publishing their benchmarks.  Well, for 16 industries at least.  For those 16 industries, we can see gross profit ratios, stock turnover per annum, payroll costs as a percentage of sales – and a number of other balance sheet ratios.  These are the industries which the IRD has made public so far:

It is easy to see why this makes interesting reading for the IRD.  We know that if you operate a tavern that turns over $800k or more per year, your business may be of interest to the IRD if payroll costs are more than 34% or sales – or if your stock turns over less than 15 times per year.

Nothing new here, the IRD have always used statistical analysis to help determine where best to focus their audit activity.

But these published benchmark ratios are also of interest to business owners as a way of determining how your performance fits with the rest of the industry.

For example, for the same tavern turning over more than $800k per year, we can now see that the median payroll costs are 28% of sales – and the median stock turnover is 22 times per year.  These are useful numbers to know when managing your own business – and figures like this based on real businesses in your own industry are not always readily available.

So if you’re in one of the 16 industries listed above, I would urge you to check the IRD benchmark figures here >>> to determine how your business fares against the median.  If your business is not performing to the IRD’s benchmarked industry norm, get in touch with us as we can help you to understand the numbers, what may be driving them – and how you might be able to improve your business performance.

The Oxford Dictionary defines “nexus” as “a connection or series of connections linking two or more things.”

This is a rarely used word outside smartphone or tax circles.  But it is an important concept for business owners when determining whether expenses will be tax deductible.  For expenditure to be deductible, it must have a clear nexus with generating taxable income.  For example, it is clear that a business that manufactures say barbeques will be able to claim a deduction for the purchase of the sheet metal they use in the production process.  That expenditure has a nexus with the income generated from the sale of finished barbeques.

One of the interesting areas that have come before the courts recently to test the principle of is around repairs and maintenance of buildings, so we will examine this as a good example.

Consider these two similar scenarios – both of which involve repairs and maintenance on an untenanted property:

Will owns a rental property which has been rented for the past ten years. He hasn’t paid much attention to maintenance and the property has become a little tired over the years. Will’s tenants moved out six weeks ago and he is struggling to  re-let the property due to its tired state. Will decides to spend $10,000 on sprucing the property up in order to attract a quality tenant.

Kate also owns a residential rental property which has been rented for the past ten years. She hasn’t paid much attention to maintenance either. Her property has also become a little tired over the years – and her tenants also moved out six weeks ago. Kate decides to spend $10,000 on sprucing the property up – and she decides that once the property is back to its original state, she will move in and live there herself.

Will and Kate have both spent $10,000 bringing their properties back to the standard they were when their tenants originally moved in – and both include the $10,000 as a deduction in their tax returns. One, however, will  fall foul of the IRD in the event of an audit.

With one or two exceptions, this principal applies to all expenditure – regardless of whether one is a business owner or a property investor. In order to be tax deductible, expenditure must have a clear nexus to deriving taxable income. As always, real life cases have their own unique set of circumstances so be sure to call us before taking a tax position!

Are you a user of an old version of the Accomplish Cash Manager accounting software?  By old, I mean version CM2009 or earlier.

If so, you may or may not know that Accomplish’s policy is not to support only the current and three prior versions of Cash Manager.

This means that whilst Accomplish currently supports CM2009(V14), when CM2013 is released shortly, CM2009 will no longer be supported.

If you’re using the Accomplish Cash Manager CM2009(V14) accounting software or earlier, these will soon be unable to be imported into Cash Manager.

If this applies to you, we suggest that you update your software without delay.  Give us a call if you need to discuss your options.