A big “thank you” to the almost 100 people who joined us last night for the Elevate CA first birthday celebrations in our office.  With cocktails being shaken at the end of the red carpet in the lobby through to the live music playing inside, this was no ordinary accountant’s function.

END_OF_DOCUMENT_TOKEN_TO_BE_REPLACED

RJ Don Panelbeaters have been on Auckland’s North Shore for 50 years now – and for the second half of that time, Chris Kelly and his family have been at the helm.

The smash repair industry is a tough one.  The powerful insurance industry is the source of most of its revenue – and it flexes its collective muscles to ensure margins are kept tight.  For example, in an era when motor vehicle dealer franchise mechanics are charging out at up to $120 per hour, the maximum rate insurance companies will pay for smash repair work is around 1/3rd of that amount.  And with the insurance companies increasingly sourcing and supplying the parts required for a repair, the traditional parts margins are under pressure as well.

So how does RJ Don Panelbeaters thrive while many others in the industry merely subsist?

Well, it all comes down to Chris Kelly’s very special skills in leading and motivating a team.  The crew at RJ Don Panelbeaters operate as a true team.  They are all highly skilled and focussed on getting the job done efficiently and right first time.  Everyone in the team is charged with ensuring customers are delighted – and that deadlines and promises are met.  With its tight margins, this is an industry where mistakes, wasteage, rework or dissatisfied customers can quickly eliminate the fruits of an entire month’s hard work.  This team is focussed on making very sure none of these things happen.

When you walk through the large bi-fold aluminium doors from the reception area into the RJ Don Panelbeaters workshop, the first thing you notice is how spotlessly clean and organised the surroundings are.  The second thing is how energised the workshop feels.  And the third is a large sign displaying the team motto:  “Together Everyone Achieves More”.  These guys live by that motto.

It’s no coincidence that the crew at RJ Don Panelbeaters are among the best paid in the industry.  Chris Kelly makes a point of sharing the business successes with those who help to make it happen.  These guys seriously have fun together – and they all enjoy the fruits of the business.  The picture above is at a recent RJ Don Panelbeaters team trip to Sydney to catch a Warriors game and to celebrate a record month.

Chris avoids individual performance bonuses and incentives like the plague – when the team does well, the whole team benefits.  If a particular person doesn’t pull their weight, the team will typically pull them into line well before Chris or his managers need to get involved.

Chris Kelly and his team demonstrate that by doing things differently it’s possible to thrive – even in difficult times and in a difficult industry. 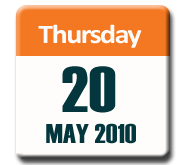 The next Business Owners Forum topic is “A rough guide to valuing your business” on 20 May in Whangarei.  On the agenda will be discussion around some of the basics of valuing your business – as well as the levers you can pull to potentially increase value.  This will be an invaluable session for anyone interested in maximising the value of their business over time.

Stuart Spicer. Stuart is a partner with Webb Ross Lawyers – and is regularly involved in both the due diligence process for clients investigating business purchases – and in managing the transaction for his clients.  Stuart will discuss some of the legal issues which impact on a business’ value – and some of the techniques for planning ahead to ensure the value of your business isn’t unnecessarily compromised by these issues when it comes time to sell.

Geoff Grigg. Geoff is a Commercial Business Partner with the BNZ – and he spends a lot of his time helping his clients to fund their business acquisitions.  Although the banks will always say they have no opinion on the value of a business, their willingness to lend for the purchase of your particular business will have a large bearing on the value you extract when it comes to a sale.  Geoff will discuss some of the issues that may affect the bank’s willingness or otherwise to lend – and which as a result may ultimately impact value.

Fraser Hurrell. Fraser is a director of Elevate CA – and is an experienced business valuer having been involved in many valuations across a wide variety of industries and circumstances.  Fraser will discuss some of the variables that will impact on the value of your business.  Some will be outside your control – such as the particular indistry you operate in, but many can be incrementally improved over time to result in a significantly better outcome when the time comes to sell.

As always for Business Owners Forum events, this session will be free of charge, free of “sales pitches” – and will be targeted to owners of businesses turning over $1 million or more per annum.  And there will be pizza – and beer and wine to lubricate quality discussion.

For a schedule of all the upcoming Business Owners Forum topics right through to February 2011, click here >>>. 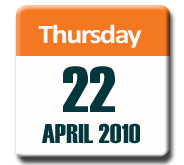 We opened our doors for the first time at Elevate CA on 20 April 2009 – almost a year ago.  Our first year has surpassed our wildest expectations, and we’d like to celebrate our first birthday by saying “thank you” to the people who have been part of our journey.  So here’s your invite!

Why: To say a big “thank you” to everyone who has been part of the Elevate CA journey.

RSVP: To party@elevateCA.co.nz by 17 April.  Remember to give us the names of those who will be attending with you!

Bring: Just yourselves and a sense of humour.  The hospitality is on us.

Parking: Right outside the door at that time of day.

Looking forward to hearing from you – and seeing you on 22 April!

It seems that no sooner has Christmas passed than a new financial year is upon us.  For us, that means the start of another busy compliance season – and fortunately we are very well organised and prepared for this.  For most of our clients, this means finalising the year – and organising your records to bring to us.  Here is the year-end process.